Providing the opportunity for members to play poker in a safe environment with awesome people within a friendly social atmosphere for more than 16 years. 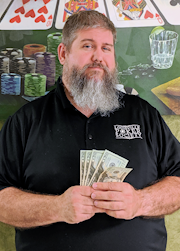 Jack is the President of the Louisville Poker Society, and its founder. Jack held his first few poker tournaments in his home in 2005 and saw a lot of interest from players to have more games more often. After a discussion with some of those players, LPS was born in 2006. Jack lives in Louisville with his wife, Melissa; and son, Tyler. When not playing poker, he enjoys watching his son play baseball, technology, movies and travel. He is a Freemason and Past Master of Suburban Lodge #740 F&AM and a member of Moose Lodge #5. 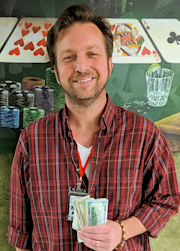 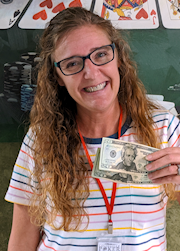 Only female director of LPS. Bank manager at FNB of Kentucky. Married to Tommy with 3 sons. Loves poker, food, movies, and traveling. 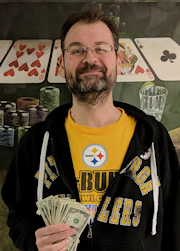 Gordon is an original member of LPS and joined the intial LPS Directors in 2007. Currently #2 in total lifetime points after 15 years and not a single player of the year to show for it. Will never say no to two decks. 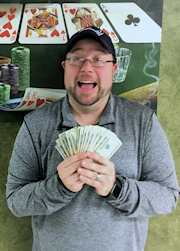 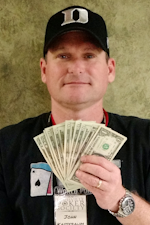 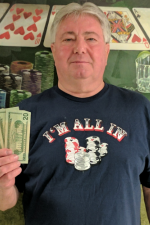 Retired toolmaker from Ford after 37 years, married with four kids and 11 grandchildren and 2 greatgrandchildren. Likes to travel, work in his garage on his old cars and play pool and poker!! 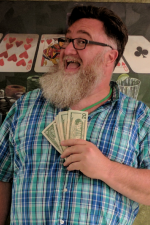 Travis was born a poor black child. Sang the blues in many a dive bar. Spent a summer as tour manager for Duran Duran. Once saw Capt. Kangaroo naked - it's a funny story. He believes he can fly though he's never been brave enough to jump off that building. Has been known to dress casually and scream at chestnuts for being lazy. His mother was a Bavarian slut and his father was a web-toed marmot. On rainy days, he feels forlorn. He loves the smell of napalm and Chinese New Years. Chicks say he's a good listener. He once saw bigfoot at a bar in Georgetown. He's a confessed snuggler. He'll snuggle your ass off. 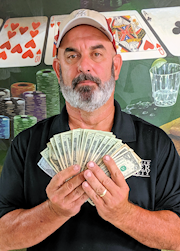